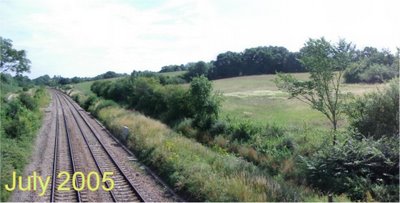 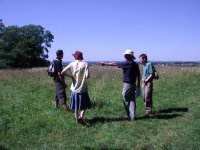 We had a meeting on site last week to discuss the management of the meadows. The timing of the grass cut is important in keeping the diversity of the plants and grasses. In particularly we were talking about meadowsweet, an invasive grass. At the moment we have meadowsweet in patches on about a tenth of the lower meadow, but we have to be careful that it doesn’t spread further.

I do a photo-shoot around the reserve every month, and in recent years I’ve tried to take some several “comparison” shots from the same locations each month. Looking back at photos from this July and the previous July, I found that there’s been very little change in the main patch of meadowsweet over the year. The meadowsweet is the white patch in the meadow on the photos.