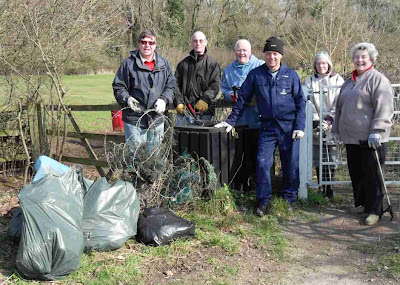 Some of the volunteers and just SOME of the rubbish. Photo by Isabel Ryan.

We had a very successful and well attended workday on Sunday, removing a lot of rubbish from the Reserve. Much of the rubbish was left from heavy public use during the snow, but we took the opportunity to get deep into some of the thickets to remove bottles and other debris as well.

We also removed the best part of 100 yards of barbed wire, the remains of old fences.

While we were working on the Reserve a steam loco went past – the Oliver Cromwell, on an excursion to South Wales. 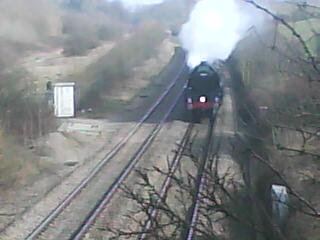