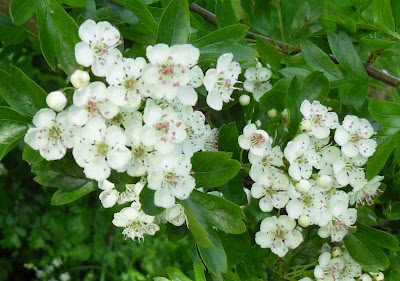 “May blossom” – Photo by Isabel Ryan

The hawthorn is now in full bloom. Around the Bristol area the blossom is so well known that the hawthorn itself is often just referred to as “May”.

But it’s not a blossom that would be welcome inside the house – it’s supposed to be very unlucky, as the smell was apparently similar to London during the Great Plague.

On a more positive note the hawthorn is also the species of the Holy Thorn, reputedly brought to Glastonbury by Joseph of Arimathea (Source)